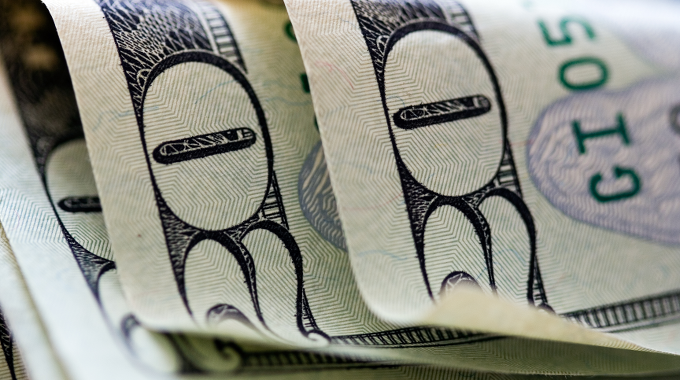 Successful innovation goes beyond what the market says it needs to what it values. Acting on this distinction is what establishes differentiation and stokes demand. Here are the essentials to making that distinction.

A friend of ours runs a custom packaging business. He works arm-in-arm with his clients, especially his large accounts among California winemakers. What he could not understand, at first, was how much time wineries spend designing the appearance of what for him is just a cardboard container for bottles. Whether it makes sense to him or not, the perceived value in a glass of wine includes the psychological attractions of pretty packaging along with what buyers find in their glass.

No one ever said customers are completely rational. JC Penney learned that on a grand scale in the past year. Penney’s failed in its attempt to reinvent the department store by “reeducating” its customers to value everyday low pricing. The effort turned out to be so detached from its target market that it completely missed how much customers emotionally value the perception of getting a discount, the thrill of the deal, even if in fact they’re paying more than “everyday low prices”.

Transformational innovation is now a matter of survival for businesses built on pre-Internet assumptions, like Penney’s. And certainly it’s part of the romantic lore of innovators that they sail boldly out of the box and off the map and out to the stars on a vision customers don’t yet share. The digital book reader is a good example. Digital radio like Pandora is another. These produce what a colleague of Amy’s calls “auto-magical” experiences: giving customers what they’ve never had before with ease and even delight. This kind of experience is differentiated beyond a product’s attributes and grounded in customer insight.

The Daily Innovator is led by behavioral insights to a vision beyond what the market says it needs to what it values. Acting on this distinction is what establishes differentiation and stokes demand. Here are the essentials to making that distinction.

1. Orient around the behavior of people whose business you want to sustain or earn for the first time. Establishing the development process on people’s behavior gets at the values that drive consideration, repeat purchase and recommendation.

Zappos, for example, reinvented the shoe-buying experience by ignoring the discount strategies that dominate Internet retailing. It fixed on the frustrations of shopping in a brick-and-mortar store and the limitations of online shopping, creating differentiated functional and emotional “wows”: meeting the desire for the tactile experience of physically browsing while allowing customers to avoid a trip to the shoe store where selection, service and size are not guaranteed.

With its abundance of product information, strong search capability and free shipping, Zappos’ customers find what they want quickly, buy ten pairs and try them all on at home. The company correctly calculated that higher volume would exceed its shipping expense and, again correctly, anticipated that people intending to buy one pair of shoes would end up keeping two or three pairs and come back to buy more.

This big idea became the entire identity of Zappos and fueled multiple category extensions. The brand’s light-hearted tone makes the shopping experience fun and human. Such insight-led innovation is the reverse of Penney’s, which put off its core customer without attracting a new one.

Hindsight is 20-20, of course, but it seems opportunities abounded for Penney’s to excite the feeling of getting a deal while simultaneously extending the brand. It might have invented a mobile app to deliver reward or coupon alerts (like Starbucks) or offered an elite shopping experience for an annual fee (like Amazon Prime). Or hosted a community of shoppers to share and rate “best deal” shopping strategies at Penney’s. These would play to the “I got a bargain” sentiment of their core customer, while growing the core with a new kind of shopper attracted to retail innovation.

2. Understand your core customers. Define where your growth lies by asking who delivers profits today and how they are evolving. The hard part will be evolving your offering to sustain that business while simultaneously extending value to new customers.

Penney’s thought it saw an unarticulated want among its core customers and went after it. But it failed to understand the core’s full set of needs, and CEO Ron Johnson took the fall. This is the place to point out that in large organizations most senior executives have little eye-to-eye contact with customers. Most often, perspective from the trenches comes in reports from subordinates.

Inspiration arrives from everywhere. But market insight comes from tangible observation of customers in their natural habitat. Anyone who aspires to be a Daily Innovator should maximize time spent in the field living the experience of the core customer — lurking in stores, listening in call centers, engaging digitally, eavesdropping on interviews or conducting “day in the life” studies. These bring insight into every level of need. The Daily Innovator builds on all of them.

In observing customer behavior there is always the risk of what psychologists call “selection bias”: interpreting data in ways that conform to what we’ve already determined to believe. Asking questions about the customer — asking questions of the customer — promotes externally driven habits of mind that challenge biases; put another way, it supplements instinct and informs hard-data sources. (Working with a diverse group of collaborators also reduces the risk of filtering key insights that might contradict pre-existing assumptions, but that’s a topic for another time.)

3. If your goal is disruption, don’t start by alienating your core customer.In deliberate disruption lies a risk of presumption that may drive away core customers — especially if they don’t perceive the transformation as a benefit to them. See, for example, the intermittent blowups among Facebook users in response to “innovations” they perceive as privacy violations.

Penney’s mistake lay in convincing itself that everyday low pricing mattered above everything to customers. Johnson’s experience at Target, where he was once vice president of merchandising, was that of course this is what customers want. But the core customer didn’t feel the same way. And potential new customers weren’t persuaded.

One of the most famous examples of this phenomenon was the introduction of “New Coke” in 1985. It is remembered now for the backlash it engendered among Coca-Cola loyalists. Contrary to what everyone believes they remember, the Pepsi drinkers the company hoped to attract preferred New Coke to the traditional formulation — exactly as focus-group testing predicted they would. But their preference was never so strong that it overcame the visceral dislike of core Coke drinkers, and that was enough to sink the product.

The selling of a new idea is, at bottom, a story told to customers. A persuasive story is built on insight into who customers are and how they behave. Orientation to that behavior produces clarity about what the organization wishes to be. It may decide to walk away from an unprofitable customer segment, or to begin the shift out of a segment that does not represent its future. Whichever it is, in the pursuit of innovation disciplined attention to the customer may head off a catastrophic blindsiding.