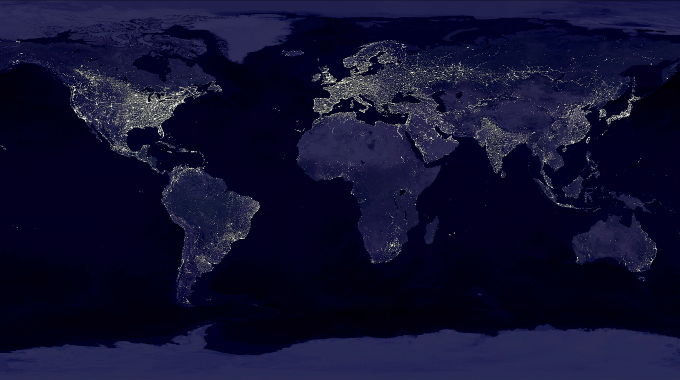 Teams benefit from close collaboration and informal idea sharing, but who says everyone has to work under one roof?  Distributed teams are just as effective, if not more, now that distance is collapsed by simple productivity and communications tools.

The rumor is that Yahoo’s decision to put an end to telecommuting teams in February came after senior executives checked virtual personal network logs and observed too few of its virtual team members actually logging in every day. Yahoo said its decision was not about productivity or a wish to take attendance. It was instead about encouraging the opportunities for invention that occur when minds collide in the same workspace.

Yahoo, as everyone knows, is desperate to regain the mojo it had 15 years ago, and there’s no doubt that proximity supports the kind of “randomness in the network” essential to breakthrough thinking. When people work within reach of each other it promotes the mixing of experience and peripheral knowledge that can result in surprising ideas outside formal meetings — the proverbial “water cooler” talk, the chance meeting in the ladies room, the discussion that happens when a few people linger at the end of a meeting.

However things work out for Yahoo, the problem for the Daily Innovator is that the convention of a team of people working in a building together has been blown apart for some time now. There’s no going back.

The reasons are many, including shrinking headcount, real estate costs and the pervasiveness of personal technologies. More important than any of these may be cultural pressures — the search for work/life balance impelled by all sorts of interlocking social changes, for example, or the business need to work with talent from a global pool. These forces compel the Daily Innovator to assemble teams of people sitting in multiple places, and more and more these people may not even work for the same organization.

Daily Innovators are obliged by these facts to accommodate diverse locations and diverse schedules of the diverse people they want on their teams. The formal structures of established organizations don’t always make this easy.

What’s needed is an altered idea of “workspace.” It’s a tough subject to think about, with incomplete precedents. For the Daily Innovator it’s a live issue, with some of its parameters already clear and others still subject to trial and error. The first question to be answered is what it’s always been: How does a particular team work best?

1. Everyone’s different. Few people in this world are completely self-propelled. Some thrive on social interaction, working in open cubicles and doing multiple things at once. Others prefer working independently and regrouping periodically, thinking better in the quiet of their own company. At first glance, a decision like Yahoo’s assumes the prevalence of the former and ignores (worse, prohibits) the contribution of the latter. But wherever we fall on the sociability spectrum, most of us work best when we feel part of a group. After all, even Hewlett had Packard.

“Group” in this case can be a half dozen people in a conference room or literally thousands of people doing real work in something like IBM’s “innovation jams” or the “seekers and solvers” relationships profitably mediated by InnoCentive, the Eli Lilly spinoff. Whatever the category of collaboration, best practice looks surprisingly the same. It begins with the pursuit of clarity about the mission, about expectations and about rewards.

Especially if it’s going to be a distributed team, be sure there’s not only commitment to the mission but comfort with the technologies designed to make spontaneous combustion possible. If occasionally this involves over correcting for virtuality, so be it. Being a member of a distributed team may not work for everyone, and it’s better knowing that up front.

Daily Innovators leading distributed teams need to show sensitivity to the work styles, strengths and mood swings of the team — knowing, for example, when to get together in the flesh to reinvigorate relationships, knowing which work streams are best executed in-person and which virtually, and knowing the tools of remote collaboration. These go beyond traditional people management and technical-skills coaching into new behavioral areas of collaboration, motivation and recognition.

And yet these challenges are not without precedent. It’s long been known, for instance, that taking an overseas assignment away from a headquarters can lead to career stall owed to being out of the spotlight. Distributed team members can face the same conundrum. Every contributor needs an equal chance for recognition and career growth, no matter where they sit.

It may be that Yahoo’s problem with managing distributed teams was that the wrong people were on them or the wrong managers running them. Or the wrong metric — logins to a VPN — was used to measure contribution. It may also be that goals were not compelling and embedded in the organization. If not, then it doesn’t matter where anyone sits.

2. Technologies have limitations. In 2005, Brian Uzzi of the University of Chicago and Jarrett Sprio of Stanford traced the history of Broadway musicals made after the Second World War by examining old Playbills to establish how often the same casts and crews worked together. They observed strong correlation between Broadway hits and repeat collaborations among the same networks of people. Uzzi and Sprio argued that the power of these networks was not just the cumulative weight of talent. It had to do with the creation of a “small world” in which ideas unpredictably but consistently bumped among talented people. (Intriguingly, the power of these small-worlds appeared to decline over time, and the hits stopped coming.)

Uzzi’s and Sprio’s work came to mind recently when a friend had the weird experience of doing a conference call with a colleague she thought was in Geneva. The call ended and she stepped out of her office, appalled to find the person she’d just been talking to exiting his office at exactly the same time. Both were in town that week and neither knew it. They’d gone virtual when they could have met in person. They’d made the small world big.

It’s a problem familiar to managers of long supply chains, and now it’s come to managers of innovation. Collaboration mediated by technology is a marvelous thing, but its power appears to be in direct proportion to the human connections in the network. That’s why a spontaneous phone call so often trumps multiple transactional emails and other tools in expressing ideas fast. It may also be why some of us avoid the telephone and hide instead behind the tools.

3. Email is an aging technology and a bad habit. The end will come eventually for email as “social” tools become more and more embedded not just in our work but in our lives generally. Really innovative collaborators are already moving on.

In many offices it is now commonplace to keep live video links up all day for no other reason than to allow dispersed colleagues to see who’s around. That encourages impromptu chats and brainstorms much as they would happen were people sitting in the same office with no time or distance to bridge. A number of simple tools do this well — Skype, Google Hangout, Apple FaceTime to name three. They all have the virtue of being free, and the first two are platform agnostic.

Another technique for making collaboration spontaneous is to build an open line on the homepage of a team’s intranet to which team members can post continuously. Making it work requires a degree of structured attention — a well-defined system of tags, for one, as well as the periodic harvesting of ideas to privilege some above others and assure their alignment with the team’s goals (and the organization’s strategy). That’s just basic best practice, and exactly what IBM does following its innovation jams.

Supporting tools toward the same end include Evernote, Yammer, Socialcast, Google Docs and virtual whiteboards. Screen-sharing tools like join.me or ScreenLeap allow two or more people to collaborate on a document, presentation or spreadsheet in real-time, as if they were in the same room. Like videoconferencing, these work on most platforms and needn’t tap the budget at all.

Collaborative technologies are imperfect, but at their most useful they do something more than just produce a simulacrum of the “small-world” defined by Uzzi and Sprio. They genuinely midwife the birth of new ideas. For the Daily Innovator the task is what it’s always been: to nurture those new ideas to maturity with rigor and focus. To be, in other words, a manager of people and not just information flows.