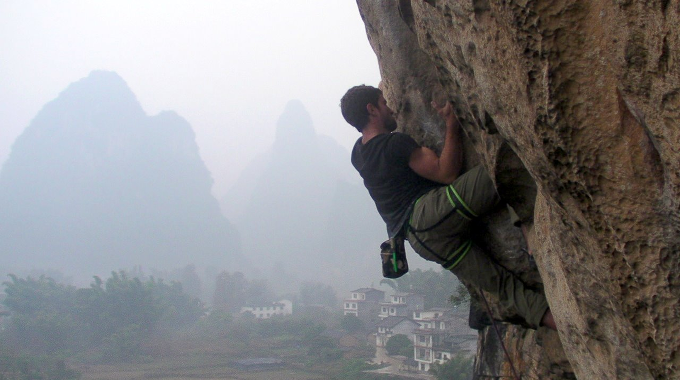 Innovators need to persuade others that there is enough evidence for a commercial business to pursue an idea.

Unless you’re an independent designer you may be unaware of the proliferation of online design competitions in the past few years. In exchange for a relatively small “prize” a business can crowd source its design needs to a worldwide talent pool, gaining access to creativity well beyond its known universe of local talent.

Arrangements like that are easier for younger, smaller enterprises than they would be for established, mature organizations — the sort in which the daily innovator is likely to work and within which going beyond the known universe is not always encouraged. But there are smart companies that understand the perils of the too-familiar, and try to do something about it.

There are, for instance, phenomena like Datapalooza and hackathons designed to get an organization mingling with external thinkers. With similar intentions Walmart, American Express and most recently AXA have set up innovation labs in Silicon Valley to encourage what are sometimes called “random collisions in the network” with innovative minds not just outside their organizations but outside their comfort zones. They engage the unfamiliar on purpose. Proctor & Gamble was among the pioneer of this sort of approach, with initiatives like Connect & Develop.

To established organizations the unconventional doesn’t come easily, posing as it does a challenge to the orthodoxy of “rigor,” which is too often the short form of rigor mortis. Even among organizations with an expressed commitment to innovation big imaginations are frequently siloed. So much control is imposed and so many parallel initiatives are pursued that innovators may find themselves unsure of how to demonstrate or even describe progress. At times they’re working against each other, and certainly not sharing ideas and lessons for the organization.

How does the daily innovator manage the tension between imaginative, diverse thinking and an organization’s natural aspiration to control?

It’s not about control.

These are tough times for people who need clear lines of management in the pursuit of a new idea. Hierarchy has certainly not been abolished but, more and more, network collaborations are the norm. These challenge the up/down structure on which traditional management models are built.

Not every manager is comfortable with the ambiguity this creates, specifically with its nonlinear path from idea to new business. Others can’t get started because they need to keep assessing a problem until they have complete confidence in its outcome — analysis paralysis, as the saying goes, or rigor mortis brought about by a misguided hope of a certain future.

If you expect to see the path to a new business spelled out on an org chart or a list of performance goals then innovation is probably not in your future. It can help to define “rigor” not as control but as structure, which is quite a different thing from waterfall-style project plans, hitting short-term revenue forecasts and defining formal “ownership” of an idea. The last constraint can be especially toxic to an idea’s progress by ruling out creative ownership structures involving external collaborators and advisers.

We don’t slight the importance of structure and strategic alignment. On the contrary, without these no idea is likely to complete the evolution to a new business. The trick is in leveraging the established organization in new ways.

The daily innovator needs to balance analytical rigor with two qualities: decisiveness and the ability to persuade others that there is enough evidence for a business to pursue an idea. This is different from control, which can lead managers to think they must direct the process end to end.

A few years ago, for example, a major American bank was testing mobile payment systems, an unproven technology at the time and a departure from the traditional payments infrastructure in which the bank was invested. The test was conditioned on the assent of the bank’s risk-management functions — brand and reputation management, legal and compliance, information security and so on. The team behind the test set up an internal “risk-review board” comprising the heads of all of these functions, regularly briefing them on the project’s progress. That allowed them to raise concerns in real time. And it created opportunities for the innovation team to educate the board on mobile payments. The team made a friend of the bureaucracy with its reassurance that what might have felt like a risky venture was in fact a structured process.

Go to the hive.

Picture a network and it probably looks more like a hive than a hierarchy. It is expansive and protean, all the members giving and getting. The theory of exchange is elegant: You get something, I get something. But first we need to know what that “something” is.

There is a self-regulating power in a network that innovators learn to trust. Whether they work in or out of your organization, think about a network of collaborators as a value constellation, each node willing to contribute value in exchange for its own idea of reward. That sounds great, but it puts pressure on the Daily Innovator to be comfortable giving away value. This can be hard for managers trained to respect command-and-control hierarchies.

Even self-regulating networks need an idea of structure to support the sense of shared interest. Aspects of the structure can include quick but regularly scheduled catch-ups to renew focus and resolve questions. Between meetings maintain a “town square” for the project — a discussion board, say, or an Evernote notebook, someplace where nuggets of genius can be housed without getting lost.

Develop a continuing advisory board. A board, especially if it includes external perspectives, can keep the network intellectually honest and, just as important, builds credibility across the organization even when a new idea challenges the conventions of the core business.

Max DePree, former chairman of Herman Miller and the author ofLeading Without Power, once remarked that the first question for a leader is not “What are we going to do?” but “Who do we intend to be?” It’s a good distinction for daily innovators to keep in mind when thinking about how to structure their participation in a network so that it will yield the innovation their organizations need.

Talent is attracted to a network for two reasons: incentives valued by individual contributors and a clearly stated vision of marketplace need. Anyone talking about innovation will stress the value of a clearly expressed vision. What may not be stressed enough is that the value in expressing a vision resides less in having a map to which to cling than it is in providing a starting place for thinking about an idea and then allowing that idea to blossom in ways that change not just the vision but the business opportunity. A vision offers structure, not rigidity.

Without that first expression of the vision collaborators are more likely to muddle about with no firm handle on where they’re headed. That’s not rigor or even rigor mortis. That’s just bad management.

The Daily Innovator: Making Your Own Luck

Remember CorningWare? It was a revolutionary product discovered by accident. Here's the story of the…