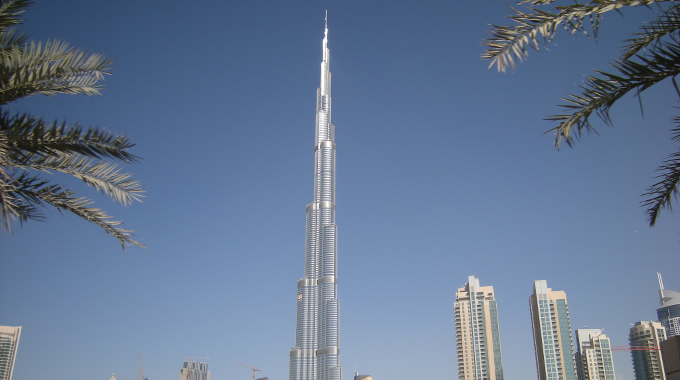 You have a great idea and want to build support, but you’re asked to predict how successful something that doesn’t exist will be.  So how do you build your business case? Here’s how.

In the early 2000s Citibank conducted a “friendly-user” test of a product it called “Thin Wallet.” The concept, advanced for its time, was a card-like device that combined multiple credit and debit accounts into one piece of plastic. It worked at the installed base of point-of-sale terminals and, among other things, featured a flashing LED signaling which account was being accessed for a particular transaction.

The beta never included more than a large handful of people. But one thing the handful noticed was that shop clerks really dug this thing. They were always asking where to get one and how much it cost — not questions people normally ask of credit cards, which are, with rare exceptions, presumed to be free of annual fees. But Thin Wallet was different and cool. Plus, it had a flashing light.

So how is the business case built for something like Thin Wallet, an idea with no obvious precedents, competitors or reference points?

It’s a truism that the best way to kill a new idea is to prematurely impose a business-as-usual pro forma on it. But in an established organization it is hard to build a business case without being sucked into a traditional description of the P&L. What does the Daily Innovator say when colleagues ask, Where’s your data? How much money are we going to make, by when? How do we know this will work? Why should we divert resources to this thing when there are more predictable bets in the core business?

The Daily Innovator will always be competing for resources against core-business interests. A sales manager, for example, can argue from experience that, if she gets budget for one more body at an average productivity that investment will generate a given amount of sales. How does the Daily Innovator compete with that?

There are ways to answer these questions with directional accuracy that can win support, time and budget for a new idea. Here are the basics.

Be more empirical than intuitive. An innovator walks a tightrope strung between conviction and openness to being wrong. Certainly in the absence of traditional, well-developed precedents there is a special burden on the Daily Innovator to show rigor and purpose. It’s good to be convinced. Being convincing is even better.

If they expect to win support and resources Daily Innovators need to persuade other people that they are more than cheerleaders for an idea that’s caught their fancy. They have to show that they are honest reporters of the idea’s progress toward a business. The temptation is to fake it with a business case carried out to ten-year net present value expressed to the fourth decimal place. Never imply a level of precision that isn’t there.

Instead, do what moviemakers do in pitch meetings and use an analog: “This idea is like that idea only better for these reasons.” This is a bridge to the unfamiliar from the familiar.

Comparisons enable the Daily Innovator to highlight similarities between the known and a still-developing business idea. Analogs can illustrate ways of targeting specific user emotions or unmet customer needs. They can point the way to alternative sales and service models, different pricing paradigms and organizational structures. They draw on the experience of other organizations that built new enterprises upon novel ideas.

Prospective supporters will want to know if the projected market is big enough to matter. Can the points in this value constellation be attracted at a reasonable cost? Will they interact in ways suggesting sustained engagement? If even a modest part of a conservative guess can be realized it can lay the foundation for what may evolve into a more conventional business case.

The Daily Innovator needs to be, in a sense, bilingual, comfortable with inductive reasoning but also able to speak the language of colleagues trained in, and measured daily by, conventional metrics. Neither is antithetical to the other in determining the existence of an addressable market.

What’s the hunger? Often forgotten is that the market for a new idea is sized not just on the basis of how many people need the feature functionality but on a plausible assessment of the emotional needs the idea satisfies.

Take Facebook, for example, a product built on the need to connect that every human being feels. Sitting in his dorm room in 2004 Mark Zuckerberg might have sized the market in a still large but far more limited way by asking how many people pursue higher education in America. (If you’re interested, in 2010 it was 21 million, according to the US Department of Education.) Now, eight years later, Facebook has moved to grow its addressable market with Internet.org, which aims to boost digital infrastructure in the developing world and move the company beyond the mature markets of North America and Western Europe.

Very early in the development cycle, the Daily Innovator should be able to offer not a full-blown market sizing but a collection of validation points, what might be called “nuggets of truth.” These are building blocks for determining how large a market opportunity may exist.

Before products like Kindle and iPad were introduced there were no historical data about the appetite for eReaders. So how could pricing be discussed intelligently, or market adoption curves, or likely competitors? What was known was how many people read books on paper. It was reasonable to assume that the price of digital books would be compared by consumers to the price of paper books, which again were known quantities. It was highly probable that people would be willing to pay some price premium for the emotional connection with the product, such as its convenience and its cool factor.

These were nuggets of truth derived from analogs.

Think like a venture capitalist. In their ambition to “de-risk” early-stage investments for which long-term economic profiles are unknown VCs are initially less interested in the pro forma for a new business than they are in the leadership team.

VCs look at what is known. Their starting point is the competency of the leadership team, especially their assessment of the team’s conviction and clarity of vision. They also look for a plausible projection of market size and market need, and of course profit opportunity. Each is more “known” than a pro forma might capture, based as it is on assumptions that nearly always end up not coming true.

Think of any great story of innovation. The common denominator is a determined leader. Not always a genius or a magical personality but a person who can get other people to see what they haven’t before. If there’s an aura of magic around these larger-than-life personalities it derives from their conviction.

Consider Jeff Bezos, Amazon’s founder. He started his career as a Wall Street analyst, of which there is never any shortage. It’s hard to imagine now but when Amazon was launched in 1994 its business case depended on a view of the Internet as a consumer technology, a vision many saw as fatally ahead of its time in those days of dial-up and clunky browsers.

Great innovators like Bezos are often portrayed as single-minded lone wolves. Single-minded, perhaps. But the lone-wolf thing works out a lot less frequently than the conventional narratives might make you think. Bezos would be the first to say he built Amazon with a great team.

Innovators, especially in established organizations, need complementary characters around them, people who can help sustain commitment and who have the tolerance for ambiguity that allows innovators to work through the messy process of building the next great thing. And to help innovators know the difference between conviction and pig-headedness.