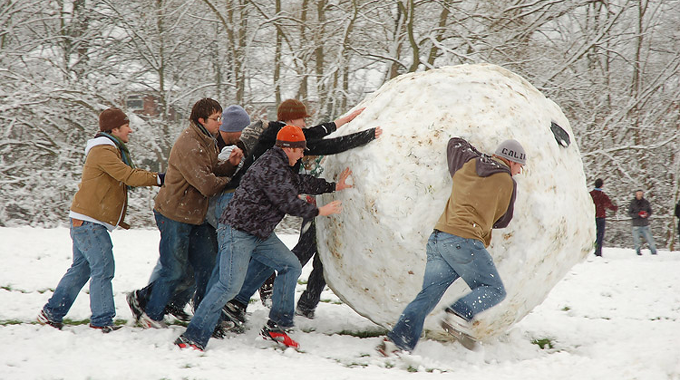 How does an innovator build a network of support for an idea? By managing up, and down – but also sideways, building support among her peers. Here’s how.

True story: An international media company known for its print newspapers appointed a senior leader to drive a “mobile first” strategy for content. The leader was hired by the CEO and reported directly to him, and clearly had executive sponsorship. Yet he saw immediately that he did not have carte blanche to drive what would amount to a revolutionary approach to creating and deploying content. That was too threatening to employees on the print side.

Instead, he built support by piloting a new approach with a tiny team — two or three people. Rather than pursuing a big budget to put content in front of users on their mobile devices he used his credit card to make $50 and $100 purchases of targeted Google ads to pull users in. He walked the halls with the results of these tiny tests, socializing what was happening and gaining valuable feedback along the way. This small-wins, low-budget approach built buy-in with its pragmatism and transparency. Over time others began to promote mobile first, and the idea snowballed.

One might assume that someone put in place by the CEO commanded support. He had permission from senior leadership, yes. But that’s not enough to assure execution. Even the most promising new idea needs the help of people not just up and down an organization, but left, right and beyond.

People are motivated to support a new idea for their own cluster of reasons. They’re looking for what’s in it for them, of course. But they also want to be inspired to join the next big thing.

Innovation is characteristically derived from a broad assortment of ideas, data, chance and inspirations. Building support for innovation requires the same broad outreach to win allies, champions and interest.

Innovators building a support network start with an advantage already built into human nature. People, at every level, want to be part of the “in” group. They’re nosey, they want to know what’s going on and they want to feel like they’re on the cutting edge. The sense of being part of a network building the next big thing feeds that need.

So how does an innovator build a network of support — up, down and sideways?

Start small and move forward. “Small” can be very small and still have big impact, even in a huge corporation. Small works when you tell people what you are doing, share results with full transparency and listen with open ears for input.

Building and managing support for a new idea is an aspect of leadership. It can’t be done without socializing, in the conventional sense of that word. The more one isolates oneself from people the less influence one has, the less in tune one is. Innovators need to be out and about, whether physically or virtually, keeping everyone engaged, talking and most of all listening. That assures balance and alignment, and it assures that supporters sustain their faith in a project and contribute their best.

As salespeople say, you’ve got to make the ask. It’s surprising how many people are ready, even eager to contribute time, resources and feedback but are waiting to be asked. Asking, like listening, shows respect. That alone attracts people to your side.

Assume your supporters are rational. They will be open to someone who can make them more successful. Ask yourself, “What problems am I trying to solve that will motivate supporters to contribute to my innovation effort?” If you can answer that question you’ll know you’re after something vital to the growth of the business.

There is no straight path to success, especially with a genuinely new idea, so it’s not enough to have one champion. People change jobs all the time, and sometimes just lose interest. Surround yourself with multiple champions across your organization and at all levels. Line up support from a group that stands to inherit your idea and make it grow larger. Find allies on the technology team, for example, by giving them something new to work on and an opportunity to showcase their skills. If support dries up in one place multiple champions mean you are not necessarily stymied. There will be another way forward.

Peers can be your toughest constituents. The senior team has empowered you and expects success, and direct reports (unless they’re irrational) depend on you for continued employment and a favorable annual review. But peers may view you as competition — for resources when there is limited budget, say, or for the next promotion.

People want to associate with a winner. Trumpeting even minor wins projects the idea of sustained energy and a growing track record of success.

Finally, recognize supporters for their help. One of the most powerful forms of recognition is praising people in front of their peers. This is especially true for the most talented people. The effect of recognition is to make people want to help you more. And when people see others recognized they want to be on a winning team.

The Daily Innovator: Ready for Your Next Act?

How does an innovator keep a robust idea pipeline? Here are some concrete ways of doing…