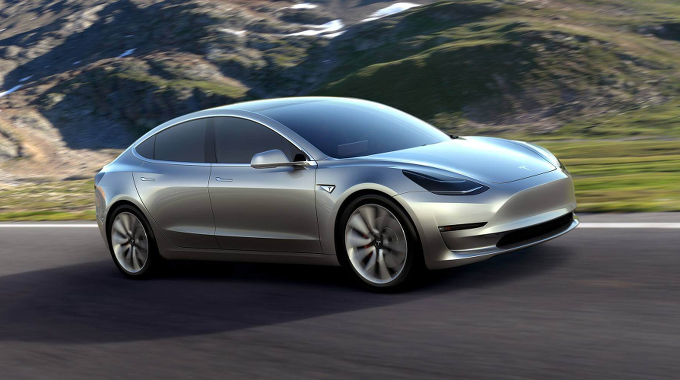 Tesla has moved test and learn into the R&D phase. Within the first month of unveiling the Model 3 concept, nearly 400,000 people have placed orders. The launch, if one may call it that, was a gigantic concept test for a car that is yet to be built. This was Kickstarter on a grand scale. But Tesla is not testing a version of a car. Tesla is capturing market share even as its car is being designed.

In Amsterdam last month Tesla Vice-President of Business Development Diarmuid O’Connell told a conference on eMobility (the geek term for electric cars) that in the few weeks since announcing plans for the mid-priced Tesla Model 3 “something approaching 400,000 people” put down $1,000 deposits on a car still being designed.

“It gives us the confidence to make the investments we need to make in order to build this car,” O’Connell said. The Model 3 offering, which sounded at first like a stunt, attracted headlines around the world (not to mention $400 million). The launch, if one may call it that, was a gigantic concept test for a car that is yet to be built. This was Kickstarter on a grand scale.

Certainly it’s far from unknown for companies to use sales as a metric in test-and-learn initiatives. Consumer-product companies, for example, regularly use A/B marketing tests to see whether they are on the right track with a new product. But Tesla is not testing a version of a car. Tesla is capturing market share even as its car is being designed. Tesla has moved test and learn into the R&D phase.

Consumers are more prepared for a deal like this than they used to be. We take for granted now that technologies will get better after we buy them. We spend our money in the expectation that the experience of others will make a product steadily better. And we don’t view this as a repair. We view it as an evolution in quality.

It’s not much of a stretch to imagine that a car, like an iPhone, will improve even as we own it. Tesla is thus asking potential customers to share its risk. Instead of making customers leery the company is winning early commitment.

The $400 million the company raised in a month from Model 3 deposits was 10 percent of the company’s total revenue for fiscal 2015. A thousand dollars is small enough for ordinary people to take a flyer, large enough that they won’t walk away from their deposit casually. This commitment should worry Tesla’s competitors for mid-priced electric cars. For a slower moving incumbent like General Motors—whose mid-priced Chevy Volt was announced as a concept car in 2007 and went on sale in 2010—the big worry is that 400,000 potential customers have left the market. (The 100,000th Volt was not sold until November 2015.)

What would it take? There’s no need to think pushing test-and-learn into the R&D phase of product development is a novelty reserved for tech startups and unsuited to incumbents and their big-company imperatives. Boeing and Airbus do it all the time with new generations of airliners, for instance. But what would it take for a savings bank, say, or a producer of commonplace household products to do what Tesla is doing?

It isn’t news that once shareholders expect steady profits and regular dividends it gets harder to take risks the way a startup does. Just building consensus internally can take longer inside a big organization than it takes a smaller one to test a new business. But what about training customers to feel part of an entrepreneurial enterprise? That is, after all, what Tesla has done.

Wow factors can attach to even the most mundane products. What was more humble than the thermostat before NEST came along? People were delighted just by the way a little blue light pulsed like a heartbeat every time they entered a room. Or doorbells, invented in 1831. Ring.com enabled your doorbell to tell your smart phone who’s on your front step even when you’re not home. Or take the lowly table fan. The fans Dyson makes don’t even have blades. They don’t just work they provoke conversation. Now the company has introduced a hair drier based on the same technology and with enough of a wow factor that they expect people to pay more than $400 for one.

These products have been quite successful. But what would have happened had they taken the Tesla approach, stirring interest even before they were for sale. There might have been lines around the block.