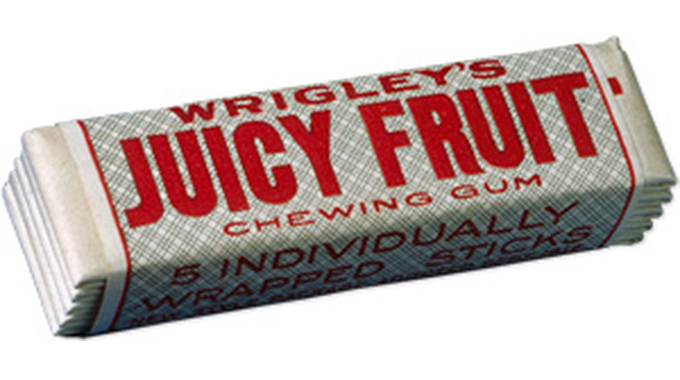 There was a time when Lehman Brothers, Woolworth, PanAm and Kodak were among the colossi of their industries. They were going to live forever. Then they died. So what went wrong? Why do some organizations continue to grow even as they age? The answer is a wide-awake business model.

There was a time when Lehman Brothers, Woolworth, PanAm and Kodak were among the colossi of their industries. They were going to live forever. So what went wrong?

It’s not enough to say they got “disrupted”. Their business models stopped working. Then they died.

We all get older, we all risk getting stuck in our outlook. How do we continue growing? Organizations need to ask the same question. Why do some continue to grow even as they age? The answer is a wide-awake business model.

General Electric’s former CEO Jack Welch once said, “Any jerk can squeeze the budget to make the numbers for the quarter.” In their defense, Fortune 1000 CEOs get rewarded for squeezing the budget and making their numbers. Academic theory holds that companies should, mostly, develop their core business and return cash to investors. That kind of orientation resists shape-shifting business models.

General Electric was founded in 1892. It is not just afloat but transforming under Welch’s successor, Jeff Immelt, a very different CEO from his share-price obsessed predecessor. Then there’s Boeing, around since 1916. Neither company looks ready to leave this earth yet (even if stockholders might demand heaven right now). In ways not always manifest in their share price both continue inventing themselves.

Louis Pasteur once observed that chance favors the prepared mind. Partly to prepare their minds both GE and Boeing moved headquarters to increase access to talent—Boeing to Chicago, GE to Boston. The moves were not “innovative” in the way the word is normally used. Which is worth pointing out because our thinking about big ideas so readily defaults to visions of “game-changers”.

We gravitate to the idea of innovation as transformational because we notice big leaps—the Snapchats, the self-driving cars, the computer in our pocket that also makes phone calls. They are so right-now. But how much of right now matters to sustained vitality?

There’s a rule in improvisational comedy that no idea is ever rejected. The response to even awful ideas must always be “yes, and…” Because even awful ideas can be unexpected bridges to someplace interesting.

By necessity small companies will do a thing if there appears to be demand for it. They don’t worry much about its fit with corporate identity. Wrigley’s, for example, was founded in 1891 to sell baking powder. As a come-on Wrigley’s included chewing gum with each package it sold. Someone, though, was paying attention and noticed the gum was more popular with customers than baking soda. If the cliché had existed at the time somebody at Wrigley’s might have argued against the blurring of the brand. Instead, Wrigley’s said “yes, and”.

Openness to improvisation is tough to sustain when a small company becomes a big one. Some, though, make a habit of saying “yes, and”. Amazon discovered, for example, that the archipelago of server farms it built to support its core business was a platform for a new business of secure data-support to corporate customers. The result was Amazon Web Services, now a dominant cloud-computing platform.

Tesla, meanwhile, recognized that the core technology of its cars and solar panels was its advanced thinking about batteries. The fruit was Tesla’s Powerwall for homes, a long-term bet for a company that seems willing to try anything.

Apple—like GE, for that matter—is taking quiet but potentially profound steps in support of longevity with steady moves into services. It’s a good example of “yes, and” because it aims to break Apple’s year-to-year dependence on ever-better smart phones and create persisting, lucrative relationships.

Then there’s Starbucks, which has expanded from coffee to food to music to teas. Starbucks moved into businesses that were not simply “adjacent”. They made sense as next steps out of the core business. As Kevin Johnson, Starbucks’ new CEO has observed, “it’s important to look at the way you sequence decisions and actions.”

Wide-awake business models have broad similarities. Their business development is characteristically nonlinear and deliberately opportunistic. They look at assets without being limited by the interior logic of the core business—an inside-out approach to innovation.

Organizations like Tesla and Amazon mix and match assets to create new businesses, a process sometimes referred to as mapping the value constellation. They have in common that they think about what customers do before and after they use the core product. It’s an approach that’s as close to improvisational as large companies can get.

And like Starbucks, companies with a wide-awake business model don’t insist that only obviously transformative ideas qualify as an innovation.

These habits move thinking beyond what the customer relationship is to what it might be. PepsiCo is doing that right now with its long-term push into healthy food. The company already derives nearly half its revenue from “guilt-free” products, which may surprise fans of Baken-Ets Chicharrones. The wide awake understand that customer data isn’t truth. It’s signal.

To prepare their minds these companies invest in talent, as GE and Boeing are doing. And this talent is not always derived from a conventional industry vertical.

Last winter, for example, Whole Foods ran a search for a senior HR executive who could “hack our people practices”. JPMorgan Chase did something similar by looking outside its industry for a chief information officer, a job not usually treated as strategic in financial services.

Being a Daily Innovator

Regardless of your title or position, you're capable of being a Daily Innovator in your…

Organizations acknowledge the need to innovate, but may be conditioned to the familiar and resist change.  What's…

Tesla has moved test and learn into the R&D phase. Within the first month of…