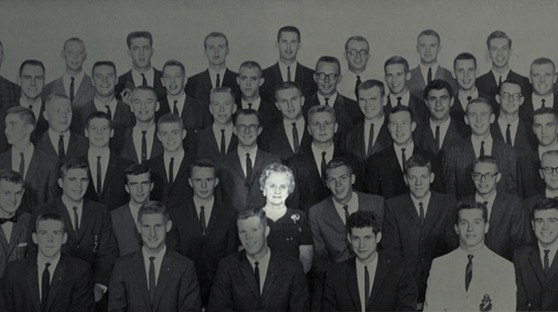 Companies regularly measure diversity in terms of gender, race or age, implying that demographic mix translates into high performance. But at the same time, companies make deliberate efforts to iron out differences.  Hiring managers and recruiters explicitly look for “fit”. Performance reviews are intentionally designed to create conformance to an ideal type. Campus recruiters go back to the schools the senior team attended. This isn’t diversity. This is confirmation bias. Without a wider kind of diversity organizations get what they want, not what they need.

In our culture the idea of diversity is established as a value beyond challenge. Diversity, as usually defined, is something measured in terms of gender, race or age. Big companies regularly issue press releases patting themselves on the back for succeeding on just those terms. (Except in Silicon Valley, where dudes abide and the press releases are usually an apology and a promise to do better.)

It is hard to measure diversity when you can’t use demographic categories for proxies. It is harder still when by “diversity” you mean heterogeneous approaches to problem solving.

Awareness of the problem of sameness and the virtue of diversity is hardly new. Freeman Tilden is credited with coining the term “yes men” for Century magazine in 1912. William H. Whyte invented the phrase “group think” for Fortune in 1952. What is new is the trap of thinking that if all my demographic boxes are ticked then I have introduced diversity into my organization. It’s not that easy.

There are countless studies demonstrating that diversity in the demographic sense is associated with superior share performance. (In 2015, Germany even sought to codify the virtuous effects of diversity by requiring that at least 30% of board seats inside public companies be held by women.) But to play devil’s advocate (a term we will revisit in a moment), could it be that the superior performance of demographically diverse senior managements is not cause but effect, a manifestation of an organization wired for an expansive understanding of its operating environment and the world at large?

If the purpose of diversity is creative, high-performing organizations then something is broken when the metrics of diversity are disconnected from performance.

Like with like. If we are all agreed that diversity is a great thing then why do we wire ourselves and our society for the opposite?

We are pushed toward a sameness of outlook from multiple directions. Hardening class lines reduce social mobility and interactions with people unlike ourselves. More and more, for instance, we marry people like ourselves, educated like ourselves, earning what we do, thinking what we think. Social media, the model for which is aggregating collective experience, appeals to users by ratifying us and our perspectives on the world, refining our interests by what we “like” rather than expanding them. A complex economy isolates us, locks us into our routines by the work we do and the lives we lead.

Part of the challenge in encouraging diversity is that we find it hard to talk at work about the things that make us different. We may work alongside someone for years before learning that they are gay or Mormon or work nights as an actor. Organizational cultures compel us to suppress these sides of ourselves. We’re told to embrace diversity, share your differences, unbridle our thinking—but don’t go too far.

In organizations the unsubtle and yet somehow still invisible attraction of like to like displays itself every day. Executives make deliberate efforts to replicate themselves. Hiring managers and recruiters explicitly look for “fit”, meaning individuals congenial to the existing culture. Performance reviews are intentionally designed to create conformance to an ideal type. Campus recruiters go back to the schools the senior team attended and look for people just like them. (One study of Fortune 100 senior executives shows a group drawn from just four or five elite universities. The number who served in the military? Just six.)

This isn’t diversity. This is confirmation bias. Without a wider kind of diversity organizations get what they want, not what they need.

A wider kind of diversity. Differences of opinion are injections of diversity. When diverse ideas contend, the unanticipated benefits can be transformative. Contention has to be managed, of course, or else it’s merely squabbling.

In the 16th Century, for example, the Vatican created the position of “devil’s advocate” to challenge the nomination of anyone proposed for sainthood. The idea was that testing the case for sainthood strengthened it. By implication, the failures deserved to fail and thank God for that (in this case literally). The intent was to deliberately mix up the way people think.

We are all familiar with some more contemporary tricks for mixing up the way people think, like giving work groups toys to play with or designing zany office layouts. Job rotations aim at the same thing. So does “reverse mentoring”, in which a senior person shadows a junior person.

Or consider Billy Beane when he developed the “money ball” approach to talent development for the Oakland Athletics. Diversity, in Beane’s case, was tied to performance. His ambition was to move beyond what everyone agreed were talent markers and focus instead on the things that really contributed to winning. The result has been consistently competitive Oakland teams often made up of players no one else valued.

There was something about this approach that resonated with people beyond the world of baseball, as if most of us know intuitively that we’re measuring the wrong things when assembling demographically diverse teams.

The one thing wrong with this more complex approach to diversity is that it makes those self-congratulatory press releases harder to write.