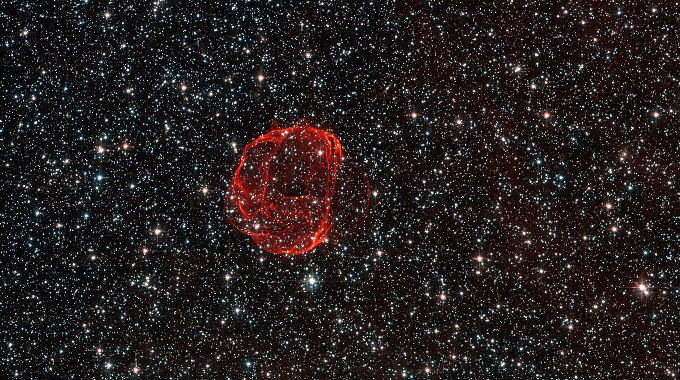 How does an innovator take a new idea and build a business case around it? Mapping the idea’s value constellation is a great place to start.

We all have our war stories. Kevin likes to tell one about a financial-services startup that engaged him to develop its first strategic communications initiative. On the first morning he asked the five entrepreneurs to name the business they were in. It took them four days. All these guys had been a strong gut instinct and a hazy business model. And they’d already quit their jobs to pursue it.

Passion and intuition are essential to the innovative personality and ultimately to market success. But in winning allies to the cause of a great idea they aren’t enough. The ability to make the case for something that has yet to exist with some basic supporting data is what wins friends and funding.

The popular literature of innovation insistently celebrates the gut instinct (think Jack Welch, Steve Jobs, Jeff Bezos). Stories about business giants acting on hunches are fun to relate and seem simple in the telling, almost like magic. The unintended effect can be to demotivate people who aspire to be innovators but feel they must also be magicians.

How does the Daily Innovator take the glimmer of an idea, a gut instinct and build a compelling business case around it to rally support? A good start is to map its value constellation.

As long as 20 years ago the image of a constellation was being employed to describe value captured from a network of multiple points and not necessarily along a sequenced or linear “value chain.” It was in the digital age, explicitly built on webs of interaction, that the idea of value constellations took hold in business-model design.

The value constellation’s persuasive power is in its expansive view of an idea’s potential. Value constellations take a commercial idea beyond the binary buyer-seller value chain to more complex, symbiotic transactional webs among multiple participants, each of which may create and consume value. In these webs, the sources of value go beyond direct monetary exchange. The best example is customer data, which in the digital age is a kind of global currency.

The Weather Channel, for example, now gets more than half its revenue from sources other than television. From other “channels” it gathers timely data about user locations and weather interests: zip codes, for example and inquires beyond those zip codes suggesting travel to another city. That’s information it can use to target advertising on its sites and on its smartphone apps. It provides weather content to other websites besides its own. Its meteorological products are packaged and sold around the United States and increasingly around the world not just to media outlets but to governments. Meanwhile its forecasts are sold to airlines, commodity traders and other non-media consumers. All of these exchanges form a value constellation. The value exchanged comes in the form of currency, data collection and predictive analytics.

The business is so much bigger than a television channel that since last autumn CEO Dave Kenny has been steadily moving the brand’s identity away from the Weather Channel and toward the company’s new name, The Weather Company — a move he compared to Apple’s decision to drop the word “computer” from its name when it launched the iPhone. As Kenny said last October, “When Apple Computer decided to just be Apple it broadened their minds to what was possible.”

The ability to describe the value constellation helps the Daily Innovator’s potential allies understand how an idea might work as a sustainable business. It allows innovators to stress test the idea, develop a commercial strategy for it and build the investment case for its launch. So where does the Daily Innovator begin?

1. Map the constellation. Make a list of each player in it — who creates, buys, uses, pays for each element of the idea. For each, note the value being exchanged (from whom, to whom). Think beyond the conventional exchange of money (such as user interests or geographical location) and diagram these exchanges as you go.

The value constellation helps the Daily Innovator figure out where a new business idea fits: Is it a facilitator of business services, for example, or a provider of business services? Or both? Which roles in the constellation is the organization playing? Which roles is it monetizing? In the digital age, companies able to push beyond being providers of goods and services to facilitating value exchange have a stronger chance of winning.

As you gain insights validating the business model, begin to place each participant in the constellation.

2. Sizing the value constellation. At the outset of any innovation project it’s hard to talk about market sizing in a credible way. There may be no precedents — no “rearview-mirror” data — to validate even the strongest hunch. There may be no revenue model let alone patterns of units shipped or subscribers signed up. Relying too heavily on past precedents, whose relevancy may have diminished, can relegate a big idea to incrementalism.

Traditional research may be of use at this stage in exposing the market to a new concept and getting feedback to questions, such as sensitivity to pricing alternatives. Qualitative techniques — traditional and non-traditional — gauge emotional reaction that tell whether value-constellation assumptions support real behavior. This may be the beginning of insight into adoption rates, buyer, user and payer segmentation as well as price elasticity and so on. Discussing these insights with reference to the value constellation helps explain how the economics of the business model create a market for something that is not yet part of anyone’s awareness.

At this early stage the limitations of conventional market research (and the Daily Innovator’s budget for fieldwork) shouldn’t preclude a fact-based estimate of the potential revenue pool: the denominator in the market-share calculation. If even a modest part of a conservative guess can be realized it can lay the foundation for what may evolve into a well-defined and directionally quantifiable business case.

Stress testing an initial value constellation can be comparatively informal — involving “safe” audiences like friends, trusted buyers, users and payers, colleagues, even family — and still be useful. The goal is a clear problem statement enabling plausible back-of-the-envelope arithmetic about the market for a new idea.

“Back of the envelope” is a combination of instinctive recognition of an opportunity validated by basic analysis that may not even require a spreadsheet. While not scientifically precise it can still be directionally accurate, passing tests of common sense and logic even in the absence of auditable numbers. It can inspire confidence that the potential customer base is sufficiently large and interested, and that the commercial structure (i.e., how a business will make money) is well thought out. (To get your thinking started, the authors of the book Business Model Generation have created a terrific set of web-based tools that have the large advantage of being free).

Sizing current competitors for a proposed innovation gives the Daily Innovator a way into naming the sensitivities that will move the market to a new offering — the drivers in the still-developing business model. Can participants in the value constellation be attracted at a reasonable cost? Will they interact in ways suggesting sustained engagement? Can you demonstrate how you know?

3. The build-out. In established organizations the value constellation makes the case for whether a profit model exists at the sales-unit level for a new idea. If it does, the Daily Innovator’s attention should turn to whether the idea can scale to a business of meaningful size.

Ironically, describing the value constellation can put a still-developing concept into the language of value chains familiar to traditionally trained colleagues. Arguing for an idea in traditional language may help persuade colleagues who struggle with something that might still feel abstract.

The Daily Innovator is always earning the right to an organization’s patient money. By nature this work is emotionally cyclical. Sustaining the steady narrative of movement toward a goal is enormously important to the organizational psyche. Telling the story with reference to the value constellation is a profound way of keeping the story going, reinforcing the energy necessary to protecting a young idea from being orphaned.