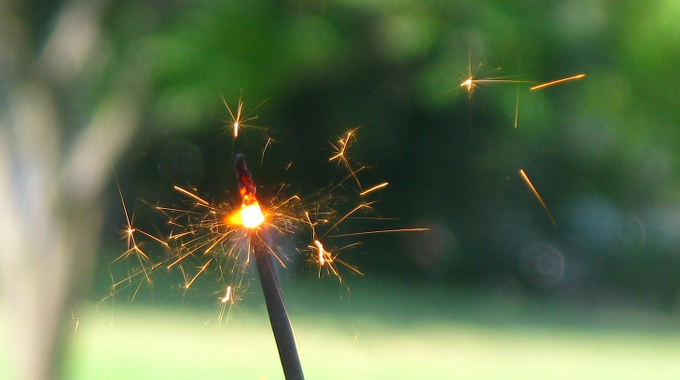 Are some people just born curious? Or can curiosity be cultivated? The answer matters because curiosity is a necessity for innovation.

If curiosity isn’t instinctive among your collaborators then you need to bring it to life.

At The Daily Innovator(sm) we tend see every glass as half-full. We believe curiosity can be awakened in anyone. We’ve got nine different ways for doing it.

Real curiosity reflects active engagement with an idea. It moves people beyond a passing interest to do something. The spark of curiosity is activated in one of two ways traditionally described as drive, which treats curiosity as a natural urge like thirst or sex, which in most people are easily aroused; and incongruity. A sensation of incongruity sparks curiosity when we encounter something new in the world that challenges our previous understanding and makes us ask why.

We’ve all met people whose curiosity is always turned on. And we know others whose curiosity is hard to arouse on any subject. The reasons for resistance can be many. Some may see new ideas as a threat to familiar beliefs or to some goal of their own, constraining their will to explore. In too many organizations curiosity may not be rewarded or for that matter modeled by leadership. Fear can be a motive too–fear that technical knowledge is required, fear that no one will listen, fear that your big idea will make life at work more demanding. So why step outside the box?

Here’s how to overcome resistance and spark curiosity in collaborators.

1. Acknowledge that it’s your job. Believe that you have the power to arouse the curiosity of those around you. On the path to transformation your leadership always affects success or failure.

2. Personalize your approach. Think about a school teacher, whose job demands stimulating the curiosity of all kinds of students. Teachers assume every student is capable of curiosity. They consider each student situationally.

Situational Leadership® theory, developed 30 years ago by Paul Hersey and Ken Blanchard, is based on assessing an individual’s readiness to take on a task. For Hersey and Blanchard “readiness” has two dimensions: skill and will. Understanding readiness in that way determines the appropriate leadership style to help individuals get their jobs done. Considered situationally, the sources of curiosity–or their lack–become more readily evident.

3. Change the way you format information. For most people it is easier to react to a stimulus like a concept illustration than to create from a blank slate. Some of us get excited by data, others by visuals. Some by reading and reflecting, some by observing and discussing. Experiment with the way you present information about an idea and see how collaborators respond.

Amy, for example, once developed a model for consumer segmentation using a rigorous quantitative method. She wanted to bring her team into the process of devising concrete marketing tactics but they struggled to see the model’s connection to their jobs. Their orientation was toward the visual, not toward data. The solution was the “Segment Museum.”

The “museum” was built in collaboration with NowWhat, an innovation and strategy consultancy. “Visitors” toured rooms furnished with artifacts reflecting how people in each segment lived and worked. They stopped thinking of segments as collections of data points and imagined real people. The museum sparked drive and incongruity at once. By the end of their “tour” a previously-blank whiteboard was filled with dozens of ideas for applying segmentation to the business.

4. Tilt your hiring toward the curious. It is not always the case that we hire our collaborators. When we do we should be asking questions like, “Tell me about a time when you pursued your curiosity. How did you apply what you discovered to advance a business goal?” Probe to find out what ultimately happened.

For example, at Tube Mogul, a video-advertising software company, competency-based interviewing techniques include questions to assess a candidate’s fit with the company’s culture. It’s just one element of a set of leadership behaviors defining an environment where curiosity can flourish.

If you feel stuck with an existing team don’t be discouraged. Even a few stand-out hires, or one energized partner, can jumpstart a group’s dynamic.

5. Create a micro-climate where curiosity can flourish. Take a lesson fromFindery, where the workspace is full of colorful and varied memorabilia, found objects and literature. This is anything but a random display of tchotchkes. The point is the stimulation of imagination.

Try standing desks. Being able to walk, to move around, is a stimulus to fresh thinking. Who wants to stay put in a seat all day, anyway?

6. Make curiosity a habit. Go beyond just urging curiosity. Every day, for instance, marketing and advertising firm Sparks and Honey runs a one-hour noontime session in which all employees gather to discuss the cultural trends they’ve observed in the previous 24 hours. External participants are invited. The sessions stimulate curiosity by making the staff aware of developments in the external world. The daily investment of an hour legitimizes time spent cultivating curiosity. Structured discussions uncover opportunities for the firm’s blue-chip clients by defining the meaning of trends and applying them. That is real business impact.

7. Celebrate the curious. When Amy led digital transformation at Citi Cards the team awarded monthly Garfield Prizes, a nod to the comic-strip cat recognizing an individual whose work contributed most to advancing goals and who showed leadership. Each prize was a custom job–a poem, a skit, a humorous reading–injecting levity into a hard-charging work environment and celebrating curiosity.

8. Overcome apathy. Inspiring curiosity where it has not been the norm requires a deliberate structure. When E*TRADE wanted to reignite the spirit of innovation among its 3,000 employees a formal innovation challenge program was created. As part of the launch everyone was provided with consumer insights, market data and competitor intelligence designed to stimulate questions, exploration and business-plan submissions. Arming employees with engaging raw materials sparked sufficient curiosity for over 120 teams to self-form and submit plans.

9. Why should I be curious? Think of a time when someone’s expressed a new idea to you. The first and often unconscious part of your reaction was whether you had the confidence in that person to climb out on a limb with them. Your reputation for credibility creates confidence that teaming with you is in the interests of the person you’re trying to engage.

The aim is persuading people that your ideas are worth attention, that hitching their wagon to your star is a good thing. What are the psychic and career rewards of engaging your idea? The ultimate inspiration to curiosity might lie in answering the question, “What’s in it for me?”