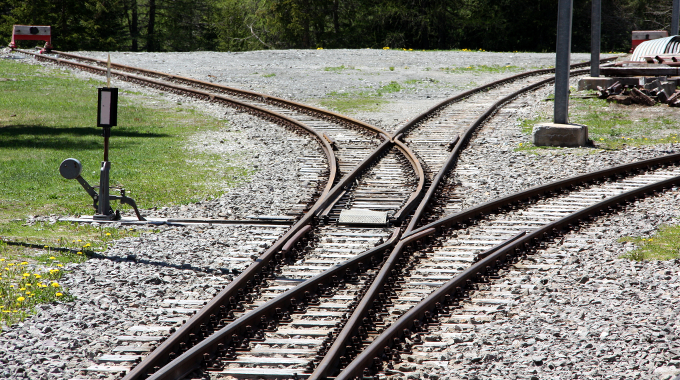 Securing approval for a new idea can meet support, or run into resistance. It depends on how your audience thinks.

Anyone who has ever run a new idea through the signoffs and resourcing approvals needed to launch even a small pilot has encountered a range of reactions — from support by fellow innovators to resistance against anything that might rattle the status quo. You end up asking yourself, “Why do some make a leap of faith based on preliminary indicators of market success while others want multilayered spreadsheets of evidence that purport to take all the risk out of a new idea?”

The answer can be found by learning to interpret what might be called the “reasoning styles” of the people we work with. The reward will help give us the measure of decision makers (and their influencers).

• Deductive thinkers infer what they believe to be the answers with known rules as their starting point: All unmarried men are bachelors; this guy is a bachelor, so he’s not married.

• Inductive thinkers look for what fits current trends and behaviors. Here’s a white swan. All the swans we’ve seen have been white; it’s reasonable to infer that all swans are white.

• Abductive thinkers imagine a new idea to account in a plausible way for a surprising phenomenon: Fred’s been making calls all day, his phone battery might be dead, that would account for why he’s not telephoning me at the appointed time.

There’s no best reasoning style, Kettelhut argues. Businesses need all three to succeed. But he takes special note of the work of the philosopher Charles S. Peirce, who demonstrated more than a hundred years ago that creative abductive reasoning is as systematic and necessary as deductive and inductive reasoning. Abduction is the style that tends to be associated with breakthrough innovation.

“In business,” Kettelhut argues, “the abductive thinker’s ability to generate ‘innovative inference’ provides a concept like a service we can offer, an executable process or new product. The abductive thinker will be a team’s source of ideas for growth, for adaptation to changing circumstances and for enjoyment at work.”

Deductive and inductive thinkers, says Kettelhut, make the day-to-day business happen and provide a counterbalance to abductive thinkers — as long as they don’t block the path to change in favor of short-term results.

Speculate for a moment about how this trichotomy of reasoning styles might play out in the real world. Consider, for instance, struggling book retailer Barnes & Noble. Faced with declining revenue and lighter brick-and-mortar traffic a deductive thinker might pore over sales reports and shopper profiles, and then apply rules that have worked before to drive sales and traffic — improving store merchandising by matching titles stocked to what sells at a local level, optimizing pricing and promotions, and improving the physical layout. These tactics could address the sales decline. But would they be transformational? Would they put the business on a new trajectory?

Inductive thinkers might dive deep into buyer trends to explore how the customer journey is affected by new forms of content consumption. At Barnes & Noble, the inductives might have championed the Nook, for example, looking beyond ways to sell their core printed books and accepting — even embracing — cannibalization by e-books to build their own digital experience. They might have led the revamp of the in-store experience with onsite Starbucks cafes and enhanced children’s areas featuring story times and educational toys, which encouraged longer visits (and higher sales per square foot).

Abductive thinkers might approach Barnes & Noble’s problems from a different path altogether. They might go beyond rules and trends to assemble broad insights and ideas into new hypotheses that redefine the retailer’s business model and customer experience. Abductives might reframe the value proposition and build on the emotion-driven needs of book buyers (i.e., the joy, knowledge and enrichment they get from consumption of content) rather than on the books themselves. They might reinvent the company as an omnichannel content originator and distributor, creating vehicles for user-generated content that build loyalty to the brand. They might reimagine the role of brick-and-mortar stores, taking them from places to browse and purchase content to places where content is created and exchanged — a community space for talks and workshops, a workspace for students and professionals, or simply a social venue. Abductives might envision a new value constellation based on the new behaviors and relationships among the users, buyers and payers who are part of the Barnes & Noble constellation.

One might argue that Barnes & Noble’s rival, Amazon, has been abductive in its thinking right from the start, seeing itself not as a company that sells books online, nor even just “the everything store”. If it did, its lucrative server-farm business — which generated nearly $4 billion of the company’s $17 billion in revenue last year– would not have been imagined.

Work With What You’ve Got

Students of reasoning styles can boost their success at convincing others of the wisdom of a new idea by identifying and adapting to the logic filters of decision makers. Sizing up a situation realistically lets us know what to expect when we’re pitching a new idea, and how to make the most of it.

Ultimately, we want to understand our own reasoning styles and measure their effect on the people with whom we work. We can use that self-knowledge to increase success and personal satisfaction as innovators.

Innovators in a culture biased toward deductive or inductive reasoning have choices to make. They can focus on incremental innovation efforts with short timeframes, showing results, building credibility and winning support. If they have a preference for the abductive style (as most innovators do) they’ll need a like-minded sponsor for an ally. They’ll also need the right balance of deductive and inductive types for certain aspects of implementation.

If, finally, this exploration of reasoning styles leads you to a conclusion that you are in a culture predisposed to fight new thinking you have some choices to make. You can adapt. Or you can call it quits and move on, a subject we’ll take up in a later column.

How does an innovator take a new idea and build a business case around it?…