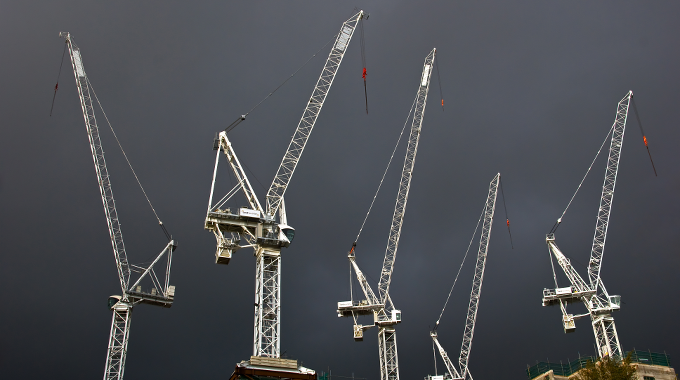 What sort of person is it who can shape new ideas and bring them to life as businesses? Put another way, is an innovator’s temperament born or is it built?  We say it’s built.

Several years ago, Clayton Christenson and his colleagues argued in The Innovator’s DNA that habitually inventive people share personalities in common — a taste for networking with other smart people, a quality of intense observation, a reflex for asking questions and a comfort with experimentation. From what we’ve observed the innovative temperament is, noticeably, characterized by a distinctive way of seeing the world that innovative people cultivate over their careers.

Think, for example, of companies that have been able to sustain their innovative character for decades. It is not a long list. The figures that molded these great companies — Tom Watson at IBM, John Reed at Citi, A.G. Lafley at Proctor & Gamble, William McKnight at 3M – -were not sandals-wearing renegades. They were white guys in suits who fit in well enough to make themselves successful in big-company contexts. The thing that made them different was that they saw possibilities for something else that other people missed. And they were able to translate what they saw into new businesses.

Sometimes that means seeing something no one else ever saw before, like GPS devices. Other times it means noticing something in the white space between traditional categories that incumbents don’t see or are not willing to pursue, likeHobie Alter’s invention of a craft that was neither surfboard nor boat — the Hobie Cat.

Innovators pursue what gives them satisfaction and corporate drones do not. Innovators seek the company of people who stimulate them, and take pleasure in being stimulating themselves. They derive satisfaction from the animation of new ideas, whether they are acting as catalysts themselves or enabling someone else.

Bear in mind that by temperament we don’t mean personal virtue. Alejandro Zaffaroni, who died last March, was among the biotech pioneers of Silicon Valley and was by most accounts a fine man and a good boss. Steve Jobs had one breathtaking idea after another and was by most accounts not a fine man and difficult to work for. As Mae West said, goodness had nothing to do with it.

How to build the innovator’s temperament. There is no best temperament. But there are traits that innovators share in common, and these can be cultivated and made into habits.

Among these are a restless curiosity, stubbornness and a habit of seeing past the present from an angle that’s at least a bit off from everyone else’s. Innovators are not just thinkers but people of action who hold their focus against all the challenges to execution.

This kind of temperament can be acquired. First find an innovator you admire — not just celebrity innovators like the ones mentioned above but the colleagues all around you. Deliberately build relationships with them. Test your temperament against theirs. Which of their strengths are worth emulating? Cherry-pick their useful qualities.

Notice weaknesses in would-be innovators, too, especially those in formal positions of leadership. See if you can explain to yourself why those weaknesses are self-defeating.

Take stock of your existing strengths. Which might be further developed? Work them like a muscle, and begin by cultivating self-awareness. Notice which part of your job gives you the deepest feeling of reward, and find a way to go deeper in that spot.

The innovator’s temperament is developed with practice. It’s not a gift from the gods given at birth. It yours to control.

Organizations acknowledge the need to innovate, but may be conditioned to the familiar and resist change.  What's…