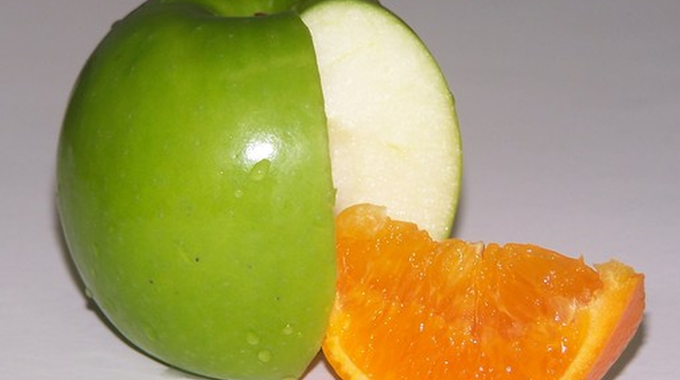 When an animal eats a vegetable it transfers the latter’s power to itself though they occupy different categories. That’s what good acquisitions do. It’s what conventional mergers don’t.

When an animal eats a vegetable it transfers the latter’s power to itself though they occupy different categories. That’s what good acquisitions do. It’s what conventional mergers don’t.

Mergers, in our nomenclature, should be retained for describing combinations of like with like. Mergers may combine big with small, or big with also big (Exxon and Mobil, for example). Typically the logic of a merger lies in amalgamating talent and market share, or in the cost savings generated by operational efficiencies, integrating functions or finding cross-selling synergies.

When it comes to mergers it is well know that reality is often misaligned with hope, as was the case of Citigroup buying Travelers. Or the merger may be mismanaged, as it was famously in the case of the Quaker Oats merger with Snapple. But win or lose (and way too often it’s lose) the objectives of combining are known. Disruption is not generally one of those objectives.

Acquisition, we would argue, is a term that should be reserved for buyouts of like with unlike. Like mergers, buyouts may combine companies of different sizes. The chief distinction of an acquisition from a merger is that the acquiring company is generally in a different business from its target–Google buying Android in 2005, Energizer buying Playtex in 2008, Google (again) buying Nest earlier this year. In each case the acquirer is buying capabilities it does not own. It may have little idea of how to run the acquired business. The rewards may take years to arrive.

One might quibble and call these acquisitions adjacencies, or more derisively “bolt-ons”. Imagined as power transfers, they can be a wonderful path to transformation–not just to the parties involved but to entire industries.

Power, after all, is another name for energy. In the most intriguing cases that energy can burn so bright that it alters the long-term trajectory of an industry. In late 2013, for instance, Monsanto entered the insurance business with its acquisition of The Climate Corporation. Climate Corp. writes crop-insurance policies for precise geographical locations based on National Weather Service data. The data is adjusted for the effects of climate change and a policy is written. The meaning of the acquisition for Monsanto’s traditional business is still playing out, but last year CTO Robb Fraley told Mother Jones magazine, “I could easily see us in the next five or 10 years being an information technology company.”

Or think of eBay buying PayPal. PayPal was already a success when it was bought for $1.5 billion by eBay in 2002, the same year it IPO’d. It grew using eBay’s auction platform. Eventually it was exactly this success that led activist shareholders to demand that it be spun out of eBay this summer. The stock opened for trading with a valuation nearly 50 percent larger than eBay’s. Not bad for all concerned.

From the beginning eBay’s plan was never to submerge PayPal into the online auction business. It was to grow PayPal’s penetration among the site’s users, first in the US and then internationally. That laid the table for PayPal’s explosive expansion to online merchants beyond the auction site.

If eBay offers a model it is to figure out how to make the acquired company work and then develop competitive advantage that could only emerge from that particular acquisition. Later you can decide, as eBay did, whether you need to continue owning the acquired company to sustain advantage. Energizer seems to have followed the same strategy with Playtex, and will also spin out that acquisition later this year.

These kinds of like with unlike buyouts are often greeted with puzzlement–often with good reason. Exhibit A might be Microsoft’s acquisition of Nokia, which certainly caused disruption. But not the good kind.

It is strategically provocative to imagine the power transfers that might come from acquisitions that seem unlikely at first. Consider railways, an industry that hasn’t changed its conception of itself since the 19th Century. The French railway, SNCF, has made innovation a focus for the past several years. What if it acquired a startup like SnapCar, with which it is experimenting on a door-to-door service offering in the Paris region?

Or imagine if Amazon acquired Uber. Uber could make a weird but still interesting fit with the unsung and largely invisible legions of contract drivers by enabling Amazon to make same-day or next-day deliveries. That would certainly be faster than building a drone fleet.

Intriguing that those two suggestions are transportation plays. Design may be an equally potent capability worth owing in the coming decades. The past six months have seen some unlikely buyouts of design firms by big players who would appear to have nothing to do with design. Capital One recently bought Adaptive Path, a user-experience firm, with the aim of enriching its mobile banking platforms. The bank followed that up with the acquisition of another design firm, Monsoon, in early July. Coincidentally, strategy consultant McKinsey& Co. bought Lunar in May, acquiring a capability it now views as essential to its traditional consulting work.

The power transferred in an acquisition is not always immediately obvious. The companies may be in business so different that the transformative effects emerge in surprising ways. Did CVS, the drug store chain, fully imagine when it acquired the small MinuteClinic chain in 2006 that it would be the beginning of the company’s metamorphosis into a new kind of health-care provider? Probably not. But CVS managed the power transfer with openness to possibility, and that has made all the difference.

How does an innovator take a new idea and build a business case around it?…