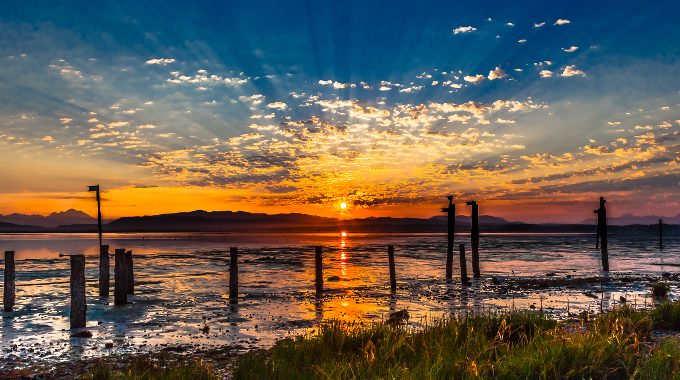 Regardless of your title or position, you’re capable of being a Daily Innovator in your organization.  Start by adopting some effective techniques and always remembering that the collective intelligence of a group is more powerful than any individual genius.

It’s 2013, and for would-be innovators nothing’s changed. There’s still no end of talk about the necessity of relentless innovation. And no end to the reality of people working in organizations facing a daily experience of scarcity, anxiety, competing work groups, uncertain leadership, skill shortages and simple bad habits.

We continue to hear how innovation is what’s needed to pull ourselves out of our stubborn recession and reinvent the American economy by nurturing fragile new ideas into profitable businesses. Certainly there seems no end of recipe books for doing that.

Typically the best-sellers on innovation are long on vision, culture and heroic tales of invention — the moonshot transformations we all know like Apple’s introduction of the iPod, which morphed into the iPhone, iPad and iTV, changing how people interact with technology and in the process changing our world. These are marvelous stories that, in retrospect, can seem inevitable.

On the day they’re dreamed up, big ideas are far from inevitable. Think about Barnes & Noble. Back in the 1990s, the U.S. bookstore chain was among the retailing giants sought after to anchor malls across the country. Even then it was clear that the emergence of the Internet as a transactional technology was going to upend Barnes & Noble’s bricks-and-mortar business and replace it with something still unknown. Instantly, it was a case of what Clayton Christenson called back then the “innovator’s dilemma,” a conundrum in which survival and growth must derive from new ideas even as those very ideas threaten the existence of the core business.

Fifteen years later, Barnes & Noble has placed a bet on its future digital incarnation. Last summer the company reported that it was selling three times as many eBooks as it did all formats of physical books combined — thanks in large part to Nook, a business hard to envision in the 1990s but which now is among the top three eBooks, challenging Amazon’s Kindle and Apple’s iPad. On December 28th, Barnes & Noble sold a 5 percent stake in Nook to Pearson LLC for $89.5 million, valuing the unit at $1.79 billion — more than twice the market cap of the entire company. On January 3rd it reported that digital content sales grew 38 percent in the quarter ended October 27th, and more than doubled during the 2012 holiday season versus last year.

B&N seemed to have struck digital gold. With stiff competition from Amazon and Apple, however, B&N’s fourth quarter results fell short of expectations. Barnes & Noble CEO William Lynch remarked that “Nook device sales got off to a good start over the Black Friday period, but then fell short of expectations for the balance of the holiday.” Clearly even a good innovator’s job is never done.

Try to imagine what was it like inside the company during the period of Nook’s incubation — before the device was creating revenue and when the only certainty about it was that it was taking dead aim at the company’s core business of words on paper. There was never anything inevitable about it.

Great commercial innovations characteristically look more like a day after day grind than they do moonshots. In this day-to-day grind, the central character is someone we call the daily innovator.

Our experience is that, even in the age of scarcity, the daily innovator succeeds by force of persuasion, personality and affiliation with like-minded collaborators inside an enterprise. Their stories are inspiring for their day-to-day grit of working and thinking and managing and risk-taking — all the characteristics of the daily innovator.

Our idea of the daily innovator originates in the flattening of organizational structures which predates the digital revolution of the 1990s but which was accelerated by that revolution. To entrepreneurial thinkers below the level of the C-suite, this flattening has been enabling.

In the real world, persuading colleagues, executives and investors to change a business model and place bets on new ideas is hard. It requires effective navigation of an organization. This is true irrespective of where you sit on an org chart.

But the boundaries organizations impose on themselves all stand in the way — the silos, the ingrained perspectives, the knowledge hoarding, the bureaucratic management processes, the reporting structures and the unspoken behavioral norms that define a corporate culture. Often the ways in which R&D is accounted for and measured can limit innovation. In certain perverse lights, these barriers are even treated as best-practices and the habits of success.

We offer an alternative view.

Big ideas are seldom in short supply. Even in the age of scarcity, brilliant innovations still get off the ground on a shoestring. But innovation is not limited to scrappy startups. Countless daily innovators have succeeded within established organizations notwithstanding all the barriers to commercial creativity.

How? Here’s a start:

1. Size up your organization’s leadership. Face it: if they hope to be effective, daily innovators must work within the ecosystem of their organization. And these ecosystems are largely shaped and defined by the leadership team.

The trials of the daily innovator are, at heart, issues of alignment and prioritization, and therefore with how time, talent and money are directed. That is to say, in the way decisions are made, in compensation practices, in hiring and firing, in budgeting, in approvals and signoffs, in the tolerance for risk taking, in who gets assigned to what project and in the goals people establish. Even in flat organizations, these are still largely the domain of senior leadership, who by their behavior sustain or frustrate the daily grind toward innovation. Nook, for example, had the visible commitment of CEO William Lynch.

We are constantly amazed by the number of stories we hear about leadership teams confusingly hot and cold about innovation initiatives, or simply disengaged. So, start by sizing up your organization’s leadership — what’s the commitment level? Is it expressed in talk or in action?

If the leadership isn’t demonstrating its commitment, then ask yourself: How many bad romances have been prolonged past the point of common sense by one party thinking that working even harder and further proving their worthiness will change the behavior of the other party? The dynamic is the same. It won’t get better. Begin getting ready to move on. This may be a tough conclusion to come to but it is essential for innovators to know their organization’s appetite for change.

But if the commitment is there you’re half way home.

2. Make the case. In flush times (remember those?) companies might fund every notion at the wide end of the idea pipeline. But unless you work in some booming business like reality TV you’re probably still emerging from five years of budget cutting, layoffs, slumping sales, margin pressure and survival-mode behavior. Customers are more demanding and less predictable. That means your organization may not have invested sufficiently in the technology and other capabilities the daily innovator needs.

And it may also mean that you aren’t coming in to work at the most charged-up, energized organization. There is fear everywhere and insufficient optimism. Colleagues are tired. It is up to the daily innovator to make the case that a new idea merits resources.

In the age of scarcity, attracting energy and investment to a new idea will depend on answering the central question: What must we do to make people hand over their money? When you share your idea do you provoke a strong emotional reaction from the people you’ve presumed are likely buyers? Or do they say, “That’s nice,” because they don’t want to hurt your feelings? Do colleagues make the discretionary effort to help you shape your idea? Or do they say, “I’m too busy.” More than quantitative studies, the clearest indicator of potential success is “jump out of their seats” behavior when prospects are handed a prototype. That’s what the daily innovator should be after.

Making the case for an idea requires evidence of knowing who the customer will be. How many of these people are out there? Can we attract them to the offering? What deep-seated need are we meeting, whether expressed or unarticulated?

Prove you know the customer with a segmentation approach that will clearly define the target buyer. Articulating the priority segments will also underpin a marketing and sales strategy for your still-emerging market. And it will illuminate which of your current customers are most critical to your future. The needs you served, and the way you excelled in the past, don’t guarantee success in the future. Your understanding of where demand comes from most likely needs to be reshaped.

For anything genuinely innovative — eBooks before there was any such thing, for example — the answers will not be found in traditional surveys and focus groups but in techniques that rely upon observing behavior and developing solutions that make it easier, even remarkable, for people to do the things they may not even know they want to do.

Companies like Apple are brilliant at targeting consumers’ needs even before consumers know they have those needs. They understand customer behavior at its deepest level and build remarkable experiences tailored to that behavior. The daily innovator cultivates that same sensitivity to customer behavior, imagining solutions and advancing arguments that demonstrate the wisdom of the innovation agenda.

3. Recognize everyone’s worth. Ask anyone who’s ever worked on a successful project and they’ll tell you the same story: the collective intelligence of the organization is more powerful than any individual genius. Even the strongest leaders are not magicians creating innovation all on their own. And yes, we’ve heard of Steve Jobs. Without the tireless work of his people he could never have delivered.

At every level of an organization successful innovation is a project of allied talents. The really extraordinary people will want to work on a winning idea; they may only be waiting for someone to extend an invitation. But before they’ll view you as an innovative leader they’ll need to believe in your vision.

If you don’t build a shared view that collective effort can create progress, it doesn’t matter how right you are about your idea. Communicate your vision over and over, and celebrate even the small wins. You’ll find that talent and other resources will pop out of the woodwork to follow your lead.

Persistent demonstration of progress and a “fail fast, fail cheap” mentality are essential personality traits of the daily innovator. That’s because in our age of scarcity patience is often a forgotten virtue; that’s just one more fact of life the daily innovator has to navigate. It is also how an innovator attracts resources and becomes a voice worth listening to in the promotion of new ideas and in propelling an organization toward a shared vision.